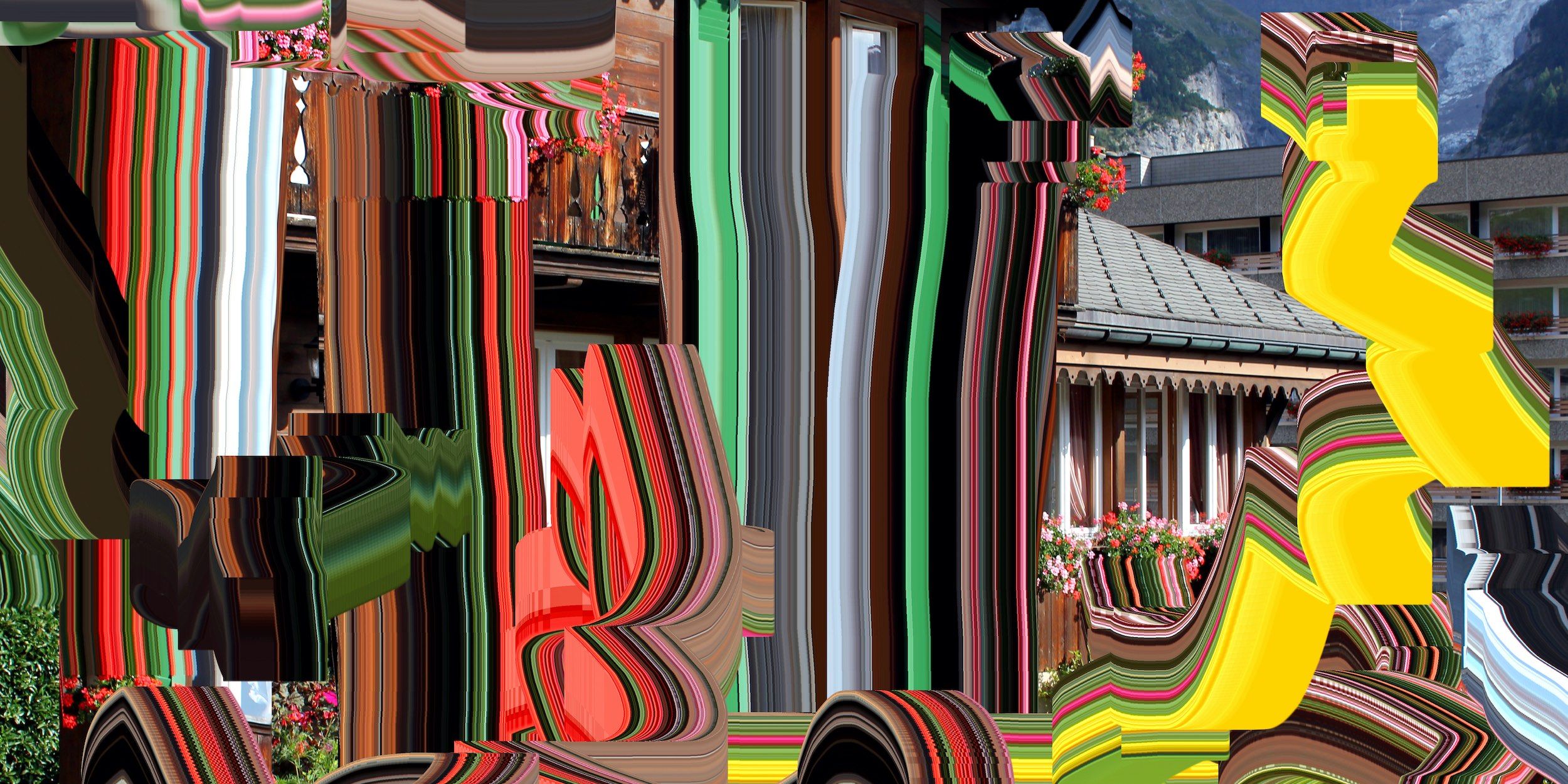 Hansel and Gretel on acid: With the exhibition "Loop" by Wolfgang Voigt, the legendary Cologne artist and co-founder of the Kompakt music label, the Studio Naegeli celebrates its opening in Gstaad.

He makes visible what is hidden from the human eye, and blurs what was supposedly seen into abstraction. As a pioneer of electronic music and representative of a digital avant-garde in the visual arts, Wolfgang Voigt creates his own post-anthropocentric mythology.

The computer is in the foreground of Voigt's artistic work; however, he also transfers his conceptual, mostly serial ideas to the "live" instrument (Freiland Klaviermusik) or "real" paint (Maschinelle Malerei).

In the exhibition "Loop" this interrelation between physical and virtual worlds is distinctly represented. For the first time and exclusively the audience will have a chance to see the previously unpublished Voigt’s works on paper from the series "Datenzauber" (Data Magics) and "Rückverzauberung" (Re-enchantment).

On the occasion of the release of his 10th GAS album, the exhibition in Gstaad will also present the visual compositions "Waldloops" from Voigt's most prominent project. Based on psychedelically condensed classical sound sources in combination with noise-focussed forest photos and films, GAS inspires an audience far beyond the boundaries of electronic music. "GAS fantasizes about an audiovisual intoxication between Schönberg and Kraftwerk, between French horn and bass drum. GAS is Wagner as glam rock, Hansel and Gretel on acid. An endless march through the underwood, into the imaginary disco of a nebulous, abstract forest."

By deconstructing the surrounding reality, Wolfgang releases a true cosmic energy and lures his audience into a magical world. As music journalist Saliha Enzenauer described it, "From an interdisciplinary art perspective, one can only compare this articulate and imaginative richness of Voigt’s art to the likes of an Andrei Tarkovsky, who managed to invoke profound philosophy and a deeper cosmic narration within his cinematic images that lack a classic narration. Voigt gives us the same cosmic kiss".

Especially for the exhibition in Gstaad and in reference to the series "Waldloops", the artist created a work based on alphorn sounds with the title "Gstaad Loops". As a second part of this digital experiment, a new NFT series will be presented in the exhibition "Loops".

In the historic chalet of renowned photographer Jacques Naegeli, we continue to create a story begun by the photographer and transport it with us into the future.

Art action on February 19, 2022: 4 x 10 numbered fineart prints will be charged live with sound by the artist, signed and handed to the audience.

For the opening of Studio Naegeli on December 17, 2021 Wolfgang Voigt presents "DB 2 NFT Chalet" and releases it for auction just in time for the door opening at 5 pm. For the exhibition "Wolfgang Voigt - Werkschau" presented by JUBG in Cologne and taking place at the same time, he makes the drop of "Popacid 2 NFT" at the same time